We care about your integrity

We use cookies to make sure al.se works as intended. By browsing the site you approve of this.

Atrium Ljungberg has signed a lease contract for more than 1,700 m2 with Sabis, which is going to be expanding and will open a new food store inside the shopping centre Sickla Galleria. The store is part of Sabis’ partnership with Axfood and is going to be called ‘Hemköp Sickla’.

Sabis is a family company based in Stockholm that was founded in 1874. It now has 20 restaurants, ten cafes, three hotels and five food stores, including Sabis Fältöversten and four Hemköpsbutiker stores. Its new store in Sickla will be at the western entrance to the shopping centre, next to Curanten, the new healthcare building, and Sickla Station, which has access to the cross-town light rail link (Tvärbanan), the Saltsjöbanan Line and bus services. Sickla Galleria has been extended over the past two years, with several new stores opening last autumn, including Normal and Lagerhaus, as well as an XXL store measuring 3,000 m2. This new food store is scheduled to open in September.

“We’re so happy to be opening this new store. Sickla is such an exciting location, with so much growth planned and a target group that demands the best quality and service. We’re going to create a store measuring 1,700 m2, which will be filled with the joy of good, inspirational ideas and delicious ready meals,” says Madeleine Brehmer, CEO of Sabis. “With Hemköps’ strong range and Sabis’ personal touch, this store is a very tempting option for food lovers and discerning customers,” concludes Madeleine Brehmer. 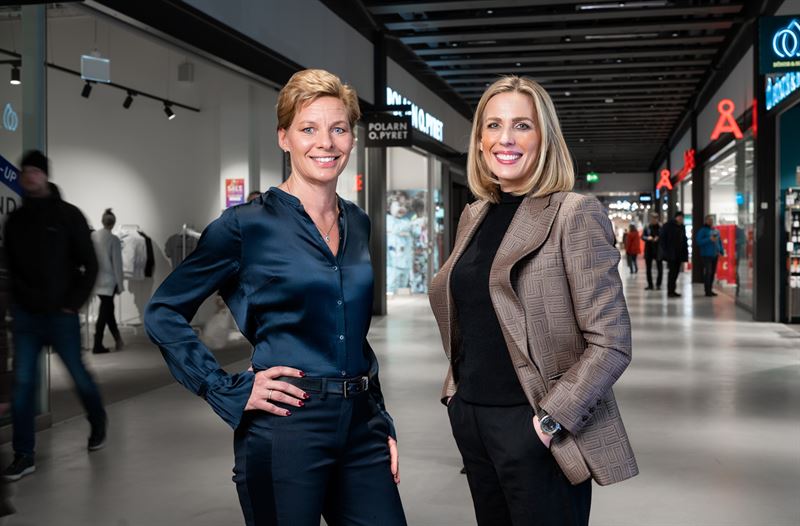 Sickla is growing and developing rapidly, with new residentials and workplaces. In the autumn Sickla increased its total range of options for residents, workers and visitors, and demand is high to set up businesses there. Companies that have opened there recently include IKEA, Alba Golf and Centurion Padel, as well as several restaurants. Curanten, the health building, is already well-established, while in the summer the new Clarion Collection Hotel Tapetfabriken opened on Marcusplatsen with 240 rooms. There are plans for a total of 7,000 new workplaces and 1,500 residentials in Sickla. Development work will be carried out until 2030, when the extension of the underground’s blue line will be complete.

“Opening such a great food store inside the shopping centre will further strengthen what Sickla has to offer. Sickla is currently going through an expansion phase, with both residentials and offices being built, which means there’s an increasing need for service. We chose Sabis as it is such a smart company on Stockholm’s consumer durables market. A strong family company with a clear entrepreneurial spirit is a perfect addition to the mix we want to offer,” says Annica Ånäs, CEO of Atrium Ljungberg.

The lease contract with Sabis is known as a ‘green lease contract’. This is when the landlord and the tenant agree on joint measures to retain or improve the environmental performance of the premises.